Fishing in the Upper Savinja Valley and its Surroundings

Fishing enthusiasts in addition of fishing on Savinja and Dreta are offered many other opportunities for fishing on the Velenje and Škalsko lakes as well as Mozirje and Ljubno ponds.


The Savinja Valley boasts a wide range of fishing opportunities:

The Savinjska water kingdom has a remarkably diverse water system, consisting of the immensely popular fishing rivers Savinja, Paka and Dreta and some interesting lakes such as Škalsko and Velenje, as well as the idyllic pond Gaj by Mozirski Gaj.

Fishing in the Savinjska region and the Savinja river

The Savinja is a special river due to its spring. It is located at the mighty Rinka waterfall in the magnificent Logasrka valley. The Savinja is the clearest, cleanest and most intact in the upper course, where it winds through the Upper Savinja Valley, past the towns of Luče and Ljubno. The fast-flowing river, in this part rich in oxygen and food represents a paradise for the rich fish population that inhabits the upper section. You can also opt for a guided fishing trip.

Fish species in the Savinja

Fishermen can catch the right range of fish in the river that are attracted to artificial flies. Undoubtedly, the most widespread is Rainbow trout. Fishing clubs also invest in the river every year, thus taking care of the growing population. This species of trout can grow over 80cm in length and weigh up to a few kilograms. Such specimens certainly swim in the Savinja and encourage trophy-hungry fishermen to try to catch them on a hook.

Another type of trout is the Brown trout, an indigenous species of fish, found in the river in smaller numbers than the rainbow trout making it a more desirable and appreciated fish. Brown trout can also reach sizes over 80cm and weigh over 5kg.

Grayling is another species of salmonid fish that swims in the Savinja. The rainbow-colored fish is one of the rarest inhabitants of the river, but every now and then they can surprise you and find themselves on the hook of the most persistent fishermen.

Fishing districts of the Savinja river

The fishing district of Ljubno, which is divided into four areas, from the source of the Savinja in the Logarska valley to the dam in Okonina. You can go fly fishing of autochthonous natural brown trout, grayling, and rainbow trout in the natural environment of the Savinja valley. The visitor will encounter a diverse landscape, from the shallower and faster flowing waters of the Savinja, deep pools and wild rapids, calmer gravel pits and a peaceful pond for beginners.

Fishing permits can be purchased at several points of sale in the vicinity of Ljubno ob Savinji and in the fishing lodge of the Fishing Club Ljubno.

Fishing Club Mozirje manages the part of the Savinja River from Kolenčev dam to the bridge in Letuš, and at the same time it takes care of fishing on the Dreta River and in the pond by Mozirski Gaj. In the pond fishing of all kind of fish species is allowed except in cases of special restrictions imposed by the Fishing Club Mozirje.

The fishing season varies from section to section, to ensure the smooth reproduction of fish and thus the continuation of the fish population:

Permits for fishing on the Savinja

Fishing permits for fishing on the Savinja can be purchased online or at points of sale along the Savinja River.

Permit prices range from 45€ in the part of the river that flows past Mozirje to 60€ for sections from the source to Nazarje.

Fishing on Velenje and Škalsko lakes

Are lakes closer to you? Fishing in the Savinjska region can also be more relaxed. Lake Velenje and Lake Škalsko are excellent choices for almost all types of fishing – bleaching, boat hunting, fly fishing, bottom fishing and spinning. The lakes were formed because of lignite mining.

Škalsko Lake, which is a rich gathering place for birds, is known for its capital catfish, and Lake Velenje for its large carp.

Respect nature, treat fish and other wildlife with respect and follow the actions of Fishing Clubs. Failure to follow the rules is punishable by law. You need a permit to fish. Always check the permitted fishing times for individual fishing areas. 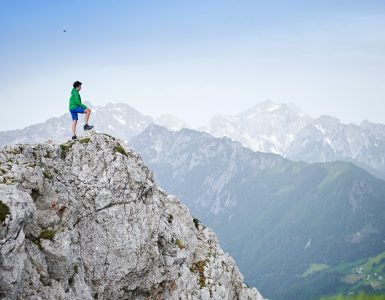 Are you ready to conquer the 2,000 m Raduha. It is a popular mountain point that always rewards visitors with divine views of the Savinjska region.

In the heart of Gornji Grad, the view is captured by the mighty white baroque cathedral, the largest one in Slovenia. Behind her, on the monks’ former estate, hides a charming herbal garden, where dedicated...

Water Adventures for Children and Adults

Children who can swim can participate in rafting on Savinja River provided that they are accompanied by their parents and experienced guides. In the summer, swimming in nearby Lake Velenje and Terme Topolšica is also...