Pranger, the Pillar of Shame

Did you ever look at the both sides of your moral convictions? During 12th and 13th centuries you would be publicly shamed by your neighbours and local community.

Pranger, the Pillar of Shame

If you would like to wash your mouth, just for fun, in Rečica ob Savinji you can still visit the Pillar of Shame. Until the end of the 18th century it was used to punish, robbers, hoodlums, adulterers, thieves and other criminals. The pillar is two meters tall with a hat where felons were tied up to a metal ring. Holidays and Sundays where times when the largest numbers of people would gather in order to make fun of the accused while tied up.

Golte mountain is an classified as a Landscape park. It is a popular spot for hikers, paragliders, excursionists and other nature lovers during the summer. The cable car will take you to the 1,400 m, from where... 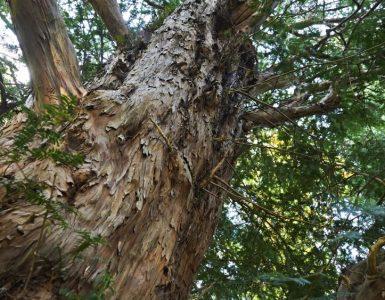 The old green beauty Solčava’s Yew has always attracted curious travelers who admired the extensive wooden figure. Check it out on a pleasant themed trail.